“Churches in NYC, particularly in the urban core, sit on some of the best and most valuable real estate in the City” — positioning them in both a place of strength and susceptibility. The increasing scarcity of developable land;  spread of gentrification; increasingly older and less attended congregations — as well as deteriorating assets in The Bronx, upper Manhattan and downtown Brooklyn — has led more developers to set their sights on churches that are “asset rich” but “cash poor.”

In this article, I aim to bring attention and awareness to the value of the “Black church” — not only as a beacon of “Black culture,” but also its significance as a real estate asset within the urban fabric of NYC.

The origins of the “Black Church” in the United States can be traced back to chattel slavery in the 18th and 19th centuries. It grew to be a staple of African American culture, a place of refuge, anchoring the community to the neighborhood. The Black Church in America was once portrayed as an institution through which Blacks worked to achieve social, economic, and political equality as well as spiritual guidance and social interaction. I’ve been told, during the Renaissance years, the church served as part employment agency, settlement house, dating service, and credit union.

Shrinking congregations and crumbling infrastructure are putting tremendous financial pressure on local church leaders. Unfortunately, the once beautiful structures have often been left to deteriorate absent replacement reserves or the ability to pay for significant repairs. Presented with such impossible situations, many church leaders consider entering agreements with a development group for the sale of their sites.

Typically, a portion of the sale would enable the congregation to reposition the site by demolishing the current building and erecting a new sanctuary. On its face, this accomplishes the goal of most church leaders: to simply build a new facility that has space for new and enhanced ministries.

But beware of deals that seem too good to be true. There are many examples of churches in urban areas of The Bronx, Harlem and Brooklyn where church leaders have lost their land, sanctuary and entire congregation through development deals gone wrong.

I know you’ve heard the old adage, “location is key”. Church land in these urban cores would undoubtedly churn more of a profit as a parcel of condos or a mixed-use development than an actual place of worship. Other factors why churches are considered valuable real estate in NYC include:

Predatory Developers (typically those not from the community) have found these changes in the market particularly enticing, looking to take advantage of naïve church leaders, most with very little real estate experience and training.

I feel that many church owners do not understand the value of the land and asset that they sit on. Many settle for the quick buck instead of finding creative ways to partner and retain some control to ultimately maintain their congregations, while preserving revenue and income for future generations.

My Experience with Development Groups

I have experienced first-hand predatory Developers who come to church groups with relatively huge sums of money (say $1 million), promising visions of a newly built congregation with “pearly white gates”, in exchange for land ownership and the opportunity to build market-rate housing (usually 10-20 floors on top of the church), allowing savvy Developers to profit in the 10’s of millions of dollars. A big win for the Developer with no real vested interest in the community.

I have been hired on many occasions to represent church groups and help them assess and secure the true value of their assets in deals that work for them, performing the necessary due diligence and analysis to determine its highest & best use.

Over the past decade, I have worked with a half dozen minority developers in NYC, doing the right thing for “asset rich” but “cash poor” church leaders and groups. I have had personal experience with “socially conscious” Development Groups such as Horsford & Poteat, Carthage Advisors, BOS Development, Holland Horizons, and BRP Development on several church initiatives. Collectively, we have structured and closed deals that are fair and mutually beneficial for both parties. Deals in which the Developer can maximize their investment and be able to build-out “as-of-right,” and where church leaders and groups can maintain their presence in the community without displacing local residents and create sponsored programs that generate long-term revenue…a true model for economic development.

For me, structuring and maintaining ownership of a ground-lease is the key. It often becomes the main factor in the church’s success, because the land becomes a continuous source of income, from which the church sustains itself and its social programs, despite a shrinking and aging congregation. Other successful solutions we have come across include having the city designate a church as landmarks and allowing them to sell air rights to more than just an immediate neighbor.

In conclusion, the state of the Black church rests in the hands of its leaders, and whether or not they can overcome the barrage of external influences and internal bureaucracy that has plagued its four walls.

Thank you and I look forward to hearing from my colleagues who are religious leaders, political & community activists and those at local CDC’s & EDC’s and about the importance/significance of the “Black Church”. Your feedback is welcomed! Feel free to reach me via cell, email or social media. Take care now! 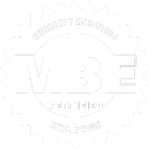